Taking care of your own emotional health and well-being is the single most important thing you can do for your kids.  Period.

Are you 100% satisfied with the way your child behaves in public?  Awesome.  Stop reading and go enjoy a latte.  If not, keep reading (you might still want to get that latte)

We’ve all been there.  The shame.  The embarrassment.  The Anxiety.  You just wanted to go pick up a few things at the grocery store.  In and out.  It was supposed to be simple.  But these beasts you’ve brought along with you.  They’re…They’re…What are they doing?  Why are they on the floor?  Why are they touching that?  Get back over here!  God, now they’re screaming.  STOP SCREAMING!  No we’re not getting ice cream.  No were not getting fruit snacks.  We have fruit snacks at home.  I know they’re not dinosaur fruit snacks.

It can be stressful, but it doesn’t have to be.  There was a time when I dreaded taking my kids anywhere in public.  I just couldn’t deal with the judgmental looks, and the shame of feeling like a bad parent.  But I have since learned a secret that has revolutionized our trips into the wide world.

It was my anxiety, tension, fear, and dread that was feeding their undesirable behavior.  We were caught in a vicious cycle.  I would be stressed before they even had a chance to do anything wrong.  They would pick up on that negative energy, get restless and irritable, and then start doing things that bothered me.  I would over-react (since I had already been stewing in my head over it) and then the problem would get even worse.  The only way to stop this cycle is to relax.

It almost sounds too simple, but it works.  And the more you do it, the easier it gets.  It can be as simple as remembering to breathe, giving yourself a pep talk before going out (and probably a few times while you are out.  and over and over in the car on the way there and back.  Positive self talk can be extremely helpful)  It also helps to be prepared, and to prepare the children.  Let them know where you are going, what will happen, what your expectations are for them, and what positive thing they can expect to get from the whole experience (Maybe some dinosaur gummy snacks?  Snacks are super important.  Next to a tense parent, low blood sugar is probably the top tantrum causer)

The kids will be far from perfect, especially the first few times.  But it will get better.  Be patient with yourself, and with the kids.  Smile, breathe, and relax.  (and when you have some time for a little self discovery, maybe you can sit down and ask yourself what about their behavior really bothers you anyway, and why)

Our society has a bizarre way of handling children.  Kids spend the bulk of their time preparing to enter this mysterious “Real World” which they are (more often than not) not allowed to participate in.  They are stuffed with facts in a vacuum, sorted by age, neat and still.

Even at home the “Adult World” and the “Children’s World” seldom meet.  Instead of learning how to cook, or learning how to fix, young children are given toys to play with.  They are told to “Go outside” or “Get out of my hair” or “Give me space.”  They are in the way.  They are an annoyance.  A hindrance.  A bother.

You want to change the world?  You want to make it a better place?  You want to solve our societies problems?  Blur the lines.  Our society will never change until we change the way we treat children.  Involve them in your work.  Involve them in your hobbies and passions.  Welcome them.  Understand that they are still growing and learning, and are going to screw things up occasionally.  That’s how they learn.  That’s how we all learn.  And don’t just bring them into your world.  Take an interest in their interests.  Learn about their passions.  Listen to them.  REALLY listen.  You might learn something.

My 2 year old son (Stegosaurus) says thank you.  When he is given something to eat, when a toy is shared with him, whenever he is feeling grateful.  Now, I have not once said to him, “Say thank you,” or, “What do you say?” So now, if you are wondering how such a small creature learns to do this without being told, I will not keep you in suspense.  Tri-Sarah-tops and I thank him when he does something for us.  We thank other people when they do something for him (unless he beats us to it) and we thank each other.  Bam.  Presto.  It really is that easy.  And the best part is that when he says it, he is not saying it because he was told to, but because he knows those words are used to express gratitude.

Ok, how about another example for the remaining skeptics.  Water.  My kids drink water when they’re thirsty.  I have actually had other parents ask me, “Hey, how do you get those kids to drink water?”  Well, when they were younger and said they were thirsty I gave them water.  Tri-Sarah-tops and I drink water when we are thirsty.  We take water with us when we go out, and lastly, we don’t push the issue.  If they ask for juice or milk we give them juice or milk.  Shazam.  No coercion needed.

Now this all may seem like small potatoes, but there are many people out there who are locked in power struggles with their kids over issues as simple and seemingly insignificant as these.  And here is the biggest problem.  Not only are coercion and force unnecessary, they are extremely damaging to any relationship, and can drive a wedge between you and your child. 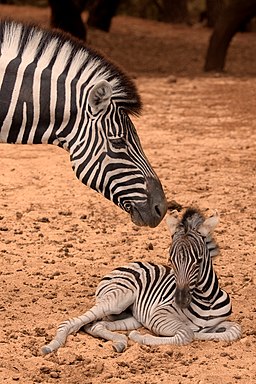 I’m call myself an unschooler.  A gentle and peaceful parent.  An empathetic parent.  And most of the time, I am.  But sometimes my actions don’t quite line up with my declared parenting style.  Honestly, there are times when my actions are diametrically opposed to my declared parenting style.  I’m selfish.  I put my own needs before the needs of my children.  I yell.  I get agitated by things that don’t matter.  I fail to see things from my child’s perspective.  My fear of imaginary things that might happen causes me to harm the relationship I have with my children.  Sometimes I worry that by the time I figure out how to be a decent parent, my children will be grown.

Since achieving parental perfection seems to be out of the question, my focus is now on three main areas.

What I did was wrong.  I shouldn’t have behaved so poorly.  I’m sorry.  No reason to try to cover it up, justify it, or ignore it.  We all make mistakes, and my children appreciate my willingness to be open, genuine, and vulnerable.

I am committed to constant improvement as a parent, and nothing helps more than making mistakes and learning from them.  Its hard to feel down about being a bad dad when I look at how far I have come in such a short amount of time.

My imperfections remind me that we are all human.  Remembering this helps me to be more understanding when others exhibit imperfect behavior, and to respond appropriately.

So, I can’t teach my children how to be perfect, but I can set an example in repairing relationships, using failure as a stepping stone to success, and showing empathy and compassion to broken, hurting, imperfect people.  And I think that is just as good.

Because of this, I have a drive and motivation that I would not have if I was counting on someone else to educate my child.  I am always re-evaluating my approaches, reading articles, asking questions on forums, asking the kids for feedback, and trying any means possible to improve the educational experience my children receive.   I have a much more vested interest in my children than any teacher ever could.  Being directly involved in the lives of my children is one of the many reasons I choose to homeschool.

*I’m writing this from my perspective, but we mustn’t forget my lovely wife.  Just know that any time I say “I” I really mean “we.”

“We have a cultural notion that if children were not engineered, if we did not manipulate them, they would grow up as beasts in the field. This is the wildest fallacy in the world.” ~ Joseph Chilton Pearce

Do you remember being a kid, growing up?  You and your sister would both lay hands on some toy, or other desired object, and pull with all your might in an attempt to remove it from each others’ grasp.  And then, after a few minutes of tug-of-war, you would decide that there was something even better than having the object you so desired.  Then, releasing the object, you would watch as your little sister proceeded to roll across the floor.

Since becoming a father, I have been in a similar power struggle with my children.  Each of us white knuckled, struggling to take control from the hands of the other.  What they wear, how they speak, what they learn, where they go, when they sleep, where they sleep, what they eat, when they eat.  At the onset, I wanted control over every aspect of their lives.  After all, I am the parent, I am the adult, and I know what is best for them, right?

I soon found out that this was the wrong way to have a healthy relationship with my children.  I also learned that lessons are much more powerful when you learn them for yourself, rather than having them forced on you.  So I let go, and watched in terror as they rolled across the floor.  They weren’t ready for control, they didn’t know what to expect.  They had spent their whole lives being told what to do, where to go, and who to be.  I had created an environment of fear, manipulation, and control, and instilled a belief that “Might makes right.”  That wasn’t going to go away overnight.

I am doing my best to let the kids make their own decisions whenever possible.  We are still recovering from the days when Dad was the Dictator, and the kids sometimes make choices that tie my gut up in knots, but I am convinced that this is the way I should have been parenting all along.

If you are struggling with your children over control of their lives, it might be scary to think about letting go.  But the sooner you do it, the softer their fall will be, and the better your relationship.

“Children pursue life, and in doing so, pursue knowledge. They need adults to trust in the inevitability of this very natural process, and to offer what assistance they can.” ~ Earl Stevens